What do people think of Advanced Stop Lines, or "Bike Boxes"?

On my commute there's a number of spots where these are desperately needed, but none more so than at the bottom end of Oxford St, near Hyde Park.

Here's a sample off my helmetcam, but I've seen triple the number of riders waiting here. I realise an ASL is so-called "dulux infrastructure", but it does give cyclists a safe storage area, and also safely demarcates the pedestrian crossing. At the moment it's just chaotic, and simply can't go on as-is if cyclist numbers keep increasing.

What's the CoS position? (Yes I realise the RTA and RMS have the ultimate control) 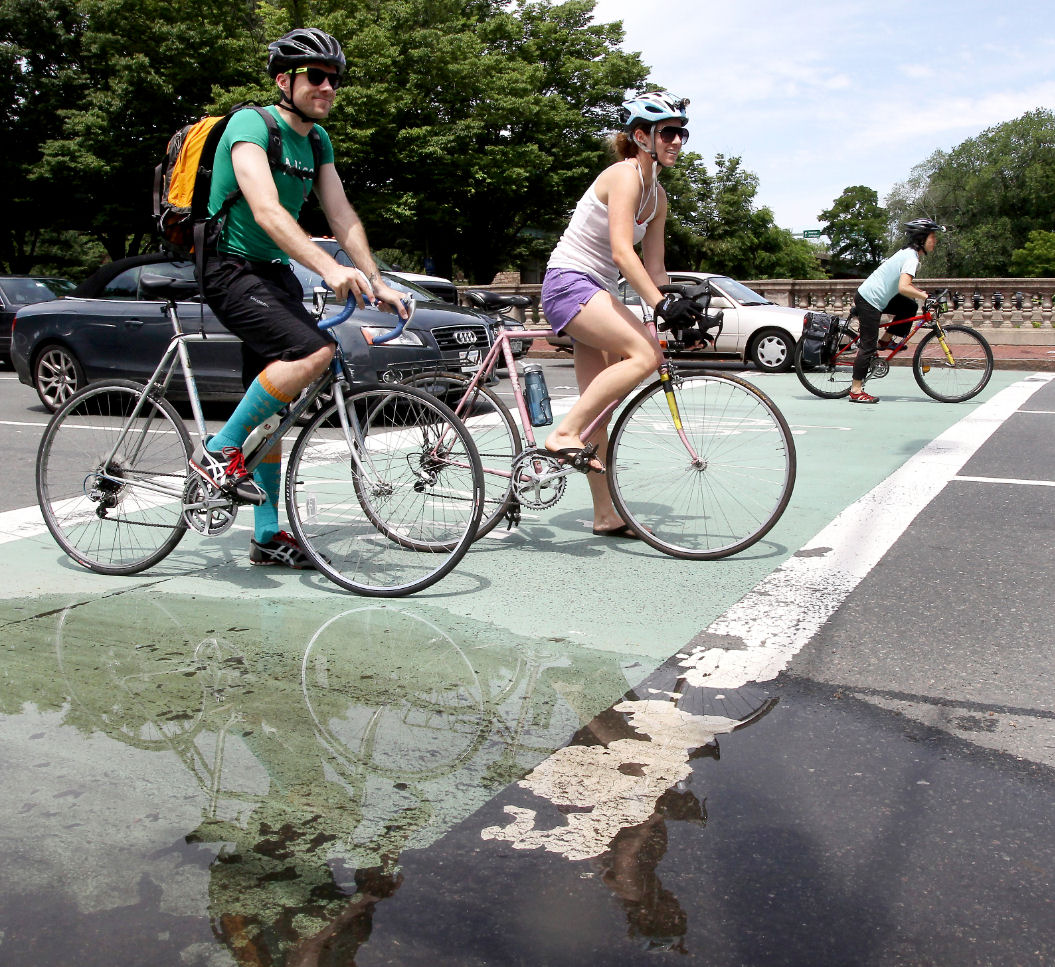 I don't like playing leapfrog, so I only like ASLs where there's infrastructure to receive me.  College Street is a perfect example, everyone knows the infrastructure's there to receive.  The start of Bourke Road in Mascot is another.

Would be a good thing and should include motorbikes, I think.

Not keen on the motorbikes idea myself.

Generally where I have seen ASL's provided overseas, they have been solely for cyclists. Motor traffic (including motorcycles) is required to sit behind the first stop line.

I have seen and used them abroad as well. I think that now in NSW when MCs are supposed to lane split to push up to the line between cars, they (the MC riders) are more eager than before to take off fast, ahead of traffic. With cyclists in front there could be additional problems I believe. But then, my other bike is a motorbike.

Or is it filter? I keep forgetting the terms, but I know that MCs can and should now travel between lanes of cars as long as they do it at 30 km/h or below and without hitting anything or anyone.

yeh i think it is filtering, lane-splitting (the offence), I think is when done over 30 km/h

L and P moto's can't filter either - only fully licenced, and only between cars - not between cars and gutters - on either side.

Moto's cant go beyond stop lines either (according to the law), but sometimes nowhere else to go practically if they have filtered up a long line.

They wont ASL Oxford and College if they are ripping out College. Watch out - someone might make you delete those pics of College in use... But had that not been an issue it would have been the perfect spot for an ASL.

ASL for motor bikes would be a good idea in some locations, motor bike filter to the front and accelerate away from the cars. But you would not want this happening in areas with lots of push bikes.

The other issue to consider is providing a safe way to filter to the front that does not increase the risk of getting run over by turning heavy vehicles.

I keep suggesting this ASL - corner of Oxford and College - but also corner of Flinders and Moore Pk Rd. Another one is cnr of Lawson St and Gibbson St in Redfern.  And Pacific Hwy and Miller St, North Sydney.

The problem is as Bike Sydney and Bicycle NSW have said to me - ASLs can only be put in when there is a bike lane on the particular section of road (eg on the left hand side leading up to the intersection).  BUT i put it to people who say this - aren't bus lanes bike lanes as well - surely this allows for this ASL to be put at the Oxford - College St intersection?

Plenty of examples around the world where ASL's are provided without a dedicated feeder bike lane.

The best option for cyclist on Oxford turning right into College is to stay in the left lane - and doing a hook turn - esp when there is a green light going west. So going through lights and positioning yourself in the left lane of Wentworth Ave going north. If the lights are red when you reach College joining the pedestrians and go to the front of the right turning traffic.

That will essentially put you in a similar ASL-like position in Wentworth - unless there was no traffic in Wentworth (does that ever happen?)