Has anyone got any experience travelling by Countrylink train with a bike? I thought i would go to Canberra for a weekend with my bike, but CountryLink seem to make it very hard. They say I have to put the bike in a box, and when I asked how I was to get the box and bike to the station (on my head..?) they said they usually have them available at the station! So I risk turning up at 7am on a public hol to get my train and finding they have no boxes available...what…

MELBOURNE'S BIKE SHARE SCHEME - my road test as a tourist

I tried out Melbourne's public bike scheme this week. Much to recommend it, though those damn helmet laws are holding it back. But everyone should try it! Fiona wants a new bike, and what she wants she tends to get!

Her Breezer Uptown is great for getting her around comfortably, but after my debut in Audax she has expressed the desire for something a little more suited to longer rides so we can do them together. Unfortunately, there isn't much money to spend at the moment, so we decided it would be fun to try to do it a little cheaper, building it up ourselves using second hand components where possible - it should be quite fun…

TOUGH RIDE, EVEN TOUGHER RIDER - Could anybody do this these days?

So you thought your morning ride was tough? Did your bike have gears? Did you need to fire your revolver to ward off marauding Aborigines? Ha! You got nothing on Donald Mackay's feat of 1899.

I found his bike and his story in the Powerhouse Museum.

just bought a copy of this on ebay, anybody heard it? just want to give a plug for the ..agape cafe wollongong, opposite railway station on the western side, newly established family business, great food, great prices & lovely people. will welcome cyclists returning to sydney by train[ like our group who rode down via the old princes highway.]its nice to find people who dont have attitude like they are doing you a favour........ keep up the good work.... agape.

ve carried a lot of things on my Radish cargo bike over the last year or so - groceries, a table, teacups… I was here. (This is not a WITWIMB but can you name the lookout?): Where were you? You have my sympathies if you were stuck in the…

Anti-cyclists are out of the loop 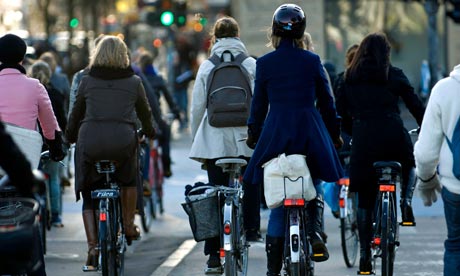 Last week on my way home from work I stopped at a red light on Oxford St in Darlinghurst and found myself in a bunch of 12 cyclists.

Yesterday at the same intersection it was 16. I've been riding up Oxford St for many years, and I've never seen such a crowd. It used to be just me.

(Those 16 cyclists took up…

Fair to say we underestimated that. Now I’m not saying we didn’t train hard enough, simply that if we had fully known how hard and how daunting that course was going to be we would have done things differently. I’m not going to go into the reason for that now, I’m simply want to review the hardest 8 hours I have ever spent on a bike. Click HERE for the Garmin…

Come to Italy and see the best looking boys in pink!

Here in Piemonte in the north of Italy we count ourselves blessed that we've got some of the most beautiful riding in the world at our doorstep. And in 2012 the place will be all that better looking with the Giro d'Italia passing by! This great race in 2012 starts out in Denmark on the 5th May before heading to the "Bel Paese" to get serious! We've got two great legs passing within a stones throw of our place so Experienceit…

A couple of rides on the weekend.

Thanks to the freedom of car ownership, we couldn't afford to go anywhere this weekend, which was a compulsory 4 days, not even camping. I didn't have to persuade the missus to go for a ride as it's the only thing we can do.

We put the kid seats on, and the 4 of us went to Cagnes Sur Mer castle. It's 4.5km along fully separated paths, until the last km odd. We stop on the way at a playground, and for lunch. There are a fair few cars during the short climb into the citadel. Ollie says…

It would be great if it had a tray at the back, that we can tie a crate on to . We want to use it as a mail bike courier.

My day in court ***WARNING***   This is about helmets! Sorry, I don't usually do helmet posts any more, but on this occaision I couldn't resist.

I finally got to have my day in court for the four helmet tickets I received earlier in the year. It’s taken a long time to get there – the wheels of justice turn slowly – but on Friday the day arrived. It was a bright, sunny day, so I have a… Continue