I came out of work at lunchtime the other day to see two bicycle police officers riding on the pavement outside our building. The ground slopes away a little bit, and one of them instead of being on the pavement proper rode up on the paved area outside the office block. When he got to the end he realised that the pavement had dropped away, and there were a few steps down back to that level – so he just rode down them, clatter clatter. The two officers then continued their leisurely ride along the pavement, through the throng of people on the pavement of the CBD at lunchtime.

Now, for sure, they were riding slowly and I’m sure carefully, and not really inconveniencing anyone. And I’m not really averse to careful pavement riding – I do it myself sometimes. But, technically, they were breaking the law – road rule 250, to be precise. I know that the police are able to break the rules in an emergency, or when attending an incident – usually with sirens wailing and so on. But these officers were just meandering along chatting, with no sense of urgency.

Now, on the one hand I don’t really mind. After all, I think careful footpath riding should be legal, as it is in for example Japan (where, despite the hectic streets, it all works rather well). But I can’t help feeling a bit piqued when those same cops pull me up later in the day for flouting rule 256 – one that it seems to me creates less danger and inconvenience to other road users than footpath riding. I didn’t get a ticket – my magic indemnity saw to that – but it was annoying just the same.

Actually, I have to say I have never ever seen a bicycle police officer riding on the road.  I think it’s  pity – it seems to be bicycle cops would be ideal for catching motorists using mobile phones, blocking junctions, driving through red lights and the myriad other things that can be seen on the city streets every minute of every day. Perhaps they think it’s too dangerous…

Perhaps they think it’s too dangerous…

I'm sure they do, and I am sure I have previously told the story on here of the police officer I met once who moonlighted as a bike shop mechanic. He said he would never ride on the road in uniform because it would be like painting a target on his back. 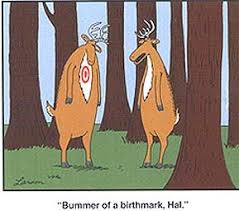 Comment by Colin on January 25, 2014 at 1:30pm
I've seen them on the road, but only on quiet back streets. On busy roads they're always on the footpath.

A previous commenter on this site, himself an ex-cop, once assured me that cops would only ride on the footpath in an emergency or when chasing a suspect. That's clearly nonsense. I suspect it's an OHS issue - the road is too dangerous a workplace for them. Of course they bear some responsibility for that - if they enforced traffic laws the road would be safe enough to cycle on.

Police can basically do what they like in carrying out their duties. Its only the public who have to follow the letter of the law, and not the spirit of it.

Police do ride on footpaths but not public and they will tell them to get of their bike and take their names if they don`t co-operate or argue.

I did see police riding around Parramatta mall and telling riders to get off the bikes and walk. But I`ve never been talked to by police.

Get on the bl00dy road and those police are pikers in not using their guns to shoot the damn drivers. Bicycle police are high and mighty but are wimps on roads while on bikes.

Well, if the police do force me to ride on road one day soon, do I have the right to sue the police for drivers running me over? Not.

Sure, cops are permitted to break the law while doing their duty, but the point is that there must be a good reason. Not just "it's easier or more convenient", but something serious enough to justify breaking the law.

Otherwise cops would effectively be a lawless subgroup of society.

On a slightly different note - as somebody who generally rides helmetless, I take to the footpath whenever I see cops. It seems to work in terms of avoiding hassle and helmet tickets. It just goes to show that what they're really about is punishing deviance - helmetless footpath riding is normal, but helmetless road riding stands out as "wrong".

Personally I want them on the roads with us - If they are going to be riding on the footpath they will loose all legitimacy when policing the laws regarding cycling on the footpath. It may make a difference to the way they view offences against cyclists by motorists and cyclists committing offences such as running red lights and using the footpath.f

Guys, I think you are going about this the wrong way. All bike cops ride on the foot path. That would seem a strong indication that there was an order two across the greater Sydney area. In such case, there must be a paper trail. Anyone know how to put together a freedom of information request? Then kickstarter to fund a trial case in front of a judge. Then we will let the courts decide if rule 250 actually exists.

(1) A provision of these Rules does not apply to the driver of a police vehicle if:
(a) in the circumstances:
(i) the driver is taking reasonable care, and
(ii) it is reasonable that the provision should not apply

Comes down to is it reasonable to have police on bikes doodling around footpaths instead of riding along the road, or why they should perhaps not be walking their bikes if just on the beat and not involved in some form of chase or urgent matter, when they probably would ride on the road anyway, or up a bike lane the wrong way right at me, as I experienced in Good St, Harris Park, once when they were chasing a crim. No apologies for forcing me to jump off.

I have also told the story before of speaking to POB in Campsie at their community booth once about why they were riding on the footpath down the Main Street, and them saying it was too dangerous on the road. Straight-faced I think they were.

Getting back to reasonableness, I'd agree with Dan, it is probably reasonable for police to ride on the footpath from time to time, just wish the rest of us could have the same discretion.

Look, let's not get too one-sided about this. I always ride up Beecroft Road on the footpath in peak hour and have been seen by Police on numerous occasions and they have not said a word to me.  If I rode on the road there and then I would be holding up traffic flow and risking my own safety.  The footpath there is fairly bare of pedestrians too.

They use discretion in my opinion.

On the other hand, I get peeved with cyclists on the footpath in North Sydney shopping precinct and wouldn't mind if cops nabbed them or asked them to walk their bikes.

Cyclists should use discretion too.

My view: ride on footpaths where it is safe to do so and there are not many pedestrians on the path or please keep right out of the way of pedestrians.